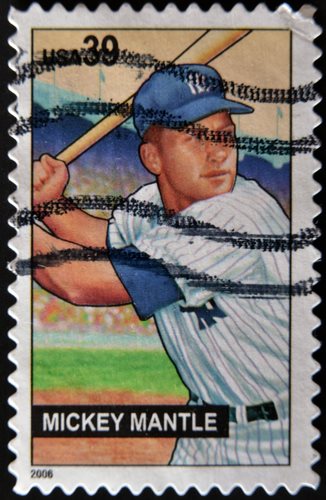 The company was formed in 1954 by the brothers Donald and Russell Weiner.  The two brothers owned a company called the Thomas Weiner Company, and it specialized in manufacturing bubble gum and hard candy.  The brothers saw the majority of their profits come in through their candy company during the 1950s and 60s, but they continued to engage in the trading card market.

The company’s first trading cards included sets for TV shows like “The Monkees” and “Voyage to the Bottom of the Sea.”

The company was purchased by General Mills in 1969, but Donruss still remained active.  The company Topps’ had a monopoly over the baseball card market, but representatives flew to New York at the end of the 1970s to try and get a trading card license from Major League Baseball.  They received a license from MLB in 1980.

Donruss faced distribution and overproduction issues in the early 1980s, but they were purchased by a company in Finland along with a company called Huhtamaki Oy. Leaf Candy Company in Illinois.  The candy company had a strong distribution network, and Donruss’ trading card benefited from the network.

The company had a huge amount of success throughout the mid 1980s and into the 1990s.  Some of the most successful sets were the set of 56 cards called “The Rookies” in 1986 and the “Diamond Kings” that ran for years.  The company reacquired a license from MLB in 2001 and released a set called “Lost Years” that attracted collectors of sets between 2000 and 2001.

MLBP reduced its number of licenses in 2006 after the trading card market suffered greatly.  Topps and Upper Deck were the only companies that received a license from MLBP.  Since a license was not provided to Donruss, they stopped production on its baseball products.  However, it came out with a product line in 2007 called Elite Extra Edition and included threads of retired players in 2008.  MLBP sent a cease and desist order in August of 2008.

A license from MLBP is required to produce the material that the company was using.  The complaint alleged that the company decided not to use primary colors for the players’ logos and changed geographic locations as well.