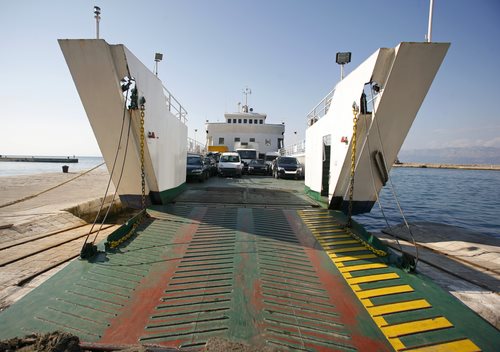 What is the Bridgeport & Port Jefferson Ferry?

The ferry transports individuals and vehicles across Long Island Sound and carries people between Bridgeport, Connecticut and the Long Island village of Port Jefferson.  There are currently three vessels that travel throughout Long Island Sound: the P.T. Barnum, the Park City, and the Grand Republic.

The ferry respects pet owners and lets pets on the ferry at no extra charge.  The pet must be leashed or in a pet carrier, and the pets are only allowed in the back and upper decks on the outside of the main cabin.

Smoking is still permitted on the ferries and is limited to the back and upper decks.  The ferry has a strict policy on baggage and states that all passengers must stay with their baggage the whole time.

In May of 2009, the United States Court of Appeals for the Second Circuit heard Bridgeport and Port Jefferson Steamboat Company v. Bridgeport Port Authority.  The lawsuit occurred because the port authority increased fees for passengers taking the ferry from Port Jefferson to Bridgeport from $1.00 to $2.00.

The lawsuit occurred because the U.S. Constitution strictly regulates taxes and fees a port authority can charge a ferry and the passengers.  During the appeal, the executive director for the Port Authority stated that passenger fee and the dock lease pay for most operating expenses, payments to port authority employees, taxes, and more.  Many of these expenses were unrelated to the services and facilities provided to the ferry and related operations.

During a brief to the appeals court, Port Authority’s General Counsel stated, “Passenger vessels need dock facilities—some place to land.  As most vessel operators do not own such facilities, they must negotiate and pay for their use.  Many such facilities are owned or controlled by port authorities or other local government entities.  These authorities generally have the power to assess user fees on the vessel or its passengers (or both).  The temptation to over-assess is especially strong during times of financial crisis, when local governments face budget shortfalls that are politically and economically difficult to meet by increasing local taxes.”

According to the Supreme Court, passenger fees must be imposed for all international commerce in a way that is not discriminatory.  The Court said there was no discrimination in the Bridgeport & Port Jefferson Ferry case, but fair approximation for passenger use was not considered.

The appeals court quoted a Supreme Court statement that said, “This Court has never held that the amount of a user fee must be precisely calibrated to the use that a party makes of Government services.”  However, the court said the amount that the Port Authority took in were disproportionate and claimed the fees were excessive.

The court determined that the increased fee violated the Commerce Clause of the Constitution and ordered the Bridgeport Port Authority to pay the Bridgeport & Port Jefferson ferry $1,171,524.75.